2021/12/15
On 13th December, Consul-General of Japan in Mumbai Dr. FUKAHORI participated in a book donation ceremony for the recipient (Welingkar Institute of Management Development and Research – WeSchool) of the “READ JAPAN PROJECT” to Promote Understanding of Japan (*) conducted by The Japan Science Society (JSS) at their Institute. Prof. Dr. Uday Salunkhe, Group Director of WeSchool received the books on behalf of the institute.

Dr. FUKAHORI read out the message from the Chairman of the Nippon Foundation (Mr. SASAKAWA) and said that he hoped that the donated books would help deepen the friendship between Japan and India. In response, Prof. Dr. Salunkhe stated that he would like to use this book donation as a platform for the beginning of a new relationship between the Consulate-General of Japan in Mumbai and WeSchool. He also thanked JSS for considering and choosing WeSchool for this project.

We would like to express our gratitude to the JSS for this project of book donation which will help in the strengthening of relations between the Consulate-General of Japan in Mumbai and Welingkar Institute of Management Development and Research. It will also help promote understanding of Japan in students of the institute.

(*)
Since 2008, the Nippon Foundation has been implementing the READ JAPAN PROJECT, a project to donate carefully selected English-language books on Japan to libraries and research institutes around the world, with the aim of promoting understanding of Japan among overseas opinion leaders and researchers who do not specialize in Japanese studies. Since April 2021, the Japan Science Society has been implementing this project as a grant from the Nippon Foundation. 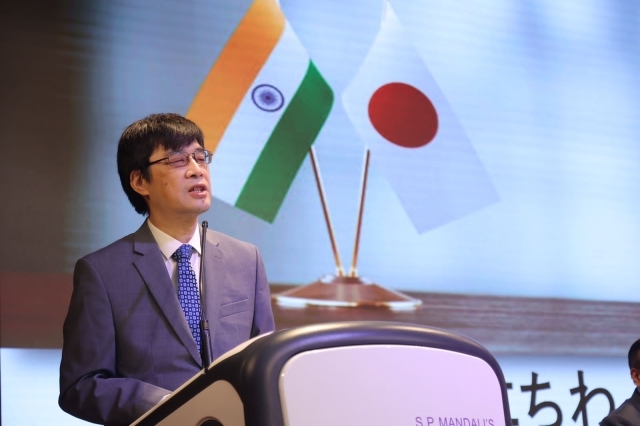 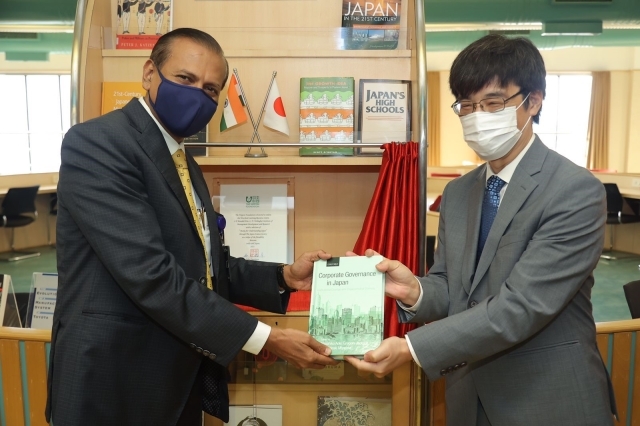 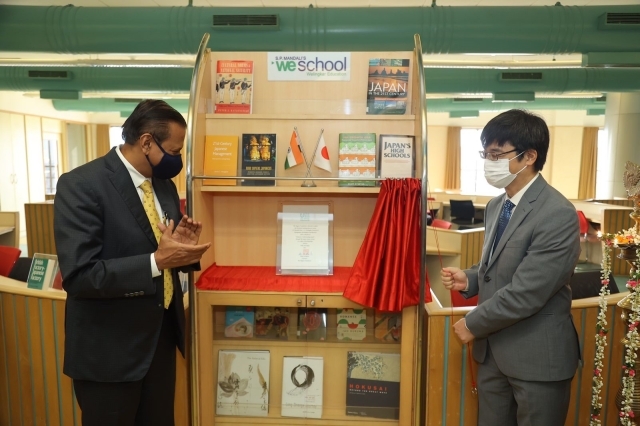 Unveiling of the certificate 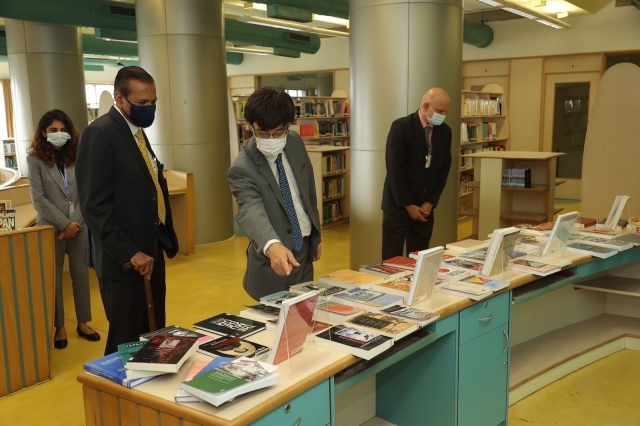