2020/3/11
On 6th March, Mr. Michio Harada, Consul-General of Japan in Mumbai, and Mrs. Nandini Rawal, Executive Director of Blind People’s Association, along with Mr. Piyushbhai Desai and other trustee members and staffs from the organization and students of Blind School, total of around 300 people, attended Grant Contract signing ceremony for “The Project for the Provision of Medical Equipment to Eye Hospital in Ahmedabad City” at headquarter of Blind People’s Association, Vastrapur, Ahmedabad City, Gujarat State. At the ceremony, Mr. Harada mentioned mutual relationship between Gujarat State and Japan, and emphasized the importance of the Bullet Train Project and the Grant Assistance, and expressed hope that the organization would make good use of the gift given by the people of Japan.

Mr. Piyushbhai Desai, President of Blind People’s Association, expressed his gratitude to People and Government of Japan for the historic provision. He also mentioned about the visit of First Lady Mrs. Akie Abe (wife of Prime Minister Shinzo Abe) and other Japanese delegates to the organization, who charmed all the organization staffs by their warm personality. Finally, he expressed expectation that through the construction of bullet trains and other various projects supported by Japanese agency, the friendship between Gujarat State and Japan will strengthen.
Through aforementioned project, with an aim to improve medical access of patients from low and middle income households in and around Ahmedabad City, two medical equipment costing around USD 74,328 will be procured. This will help in efficient screening and treatment of retina-related diseases.
Note: First Lady Mrs. Abe visited the Blind People’s Association and blind school in 2017. 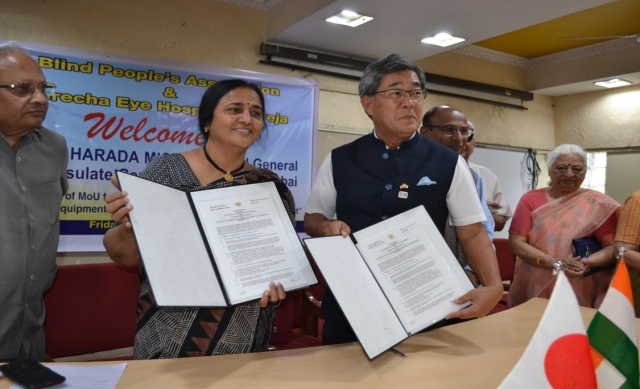 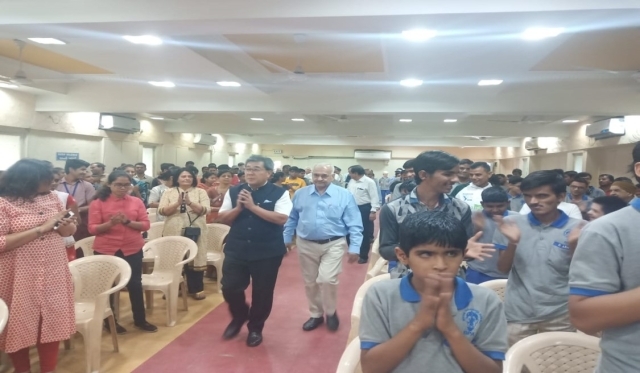 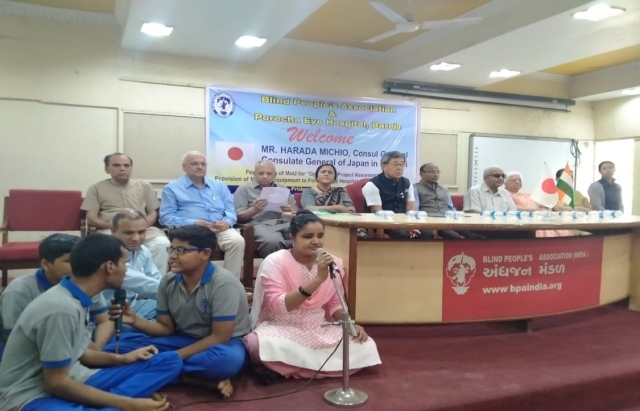 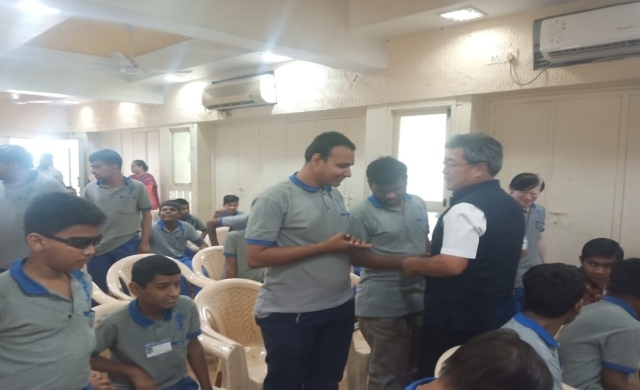 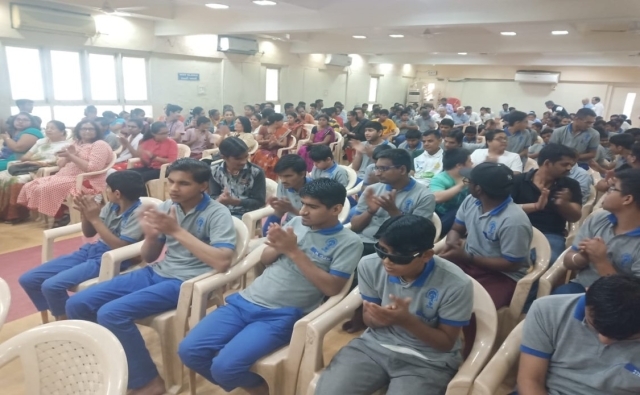 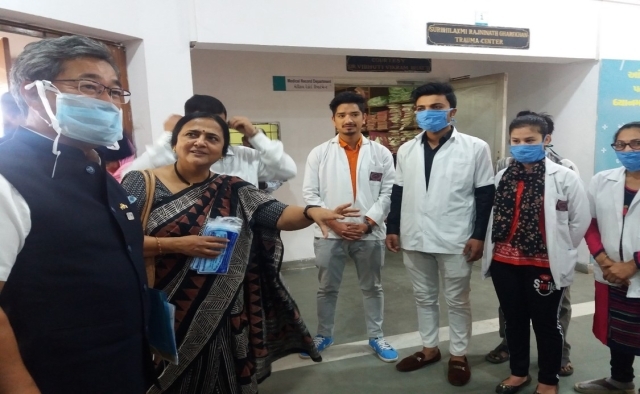 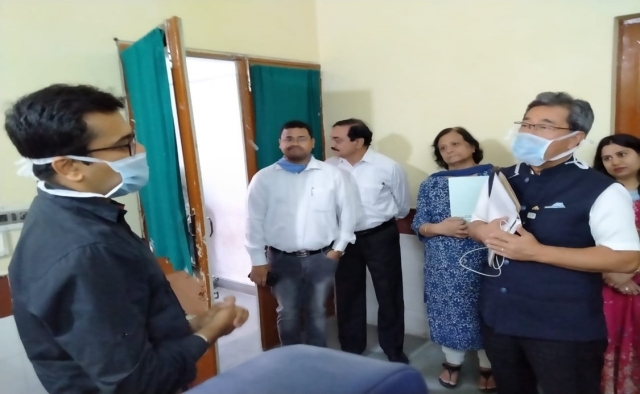 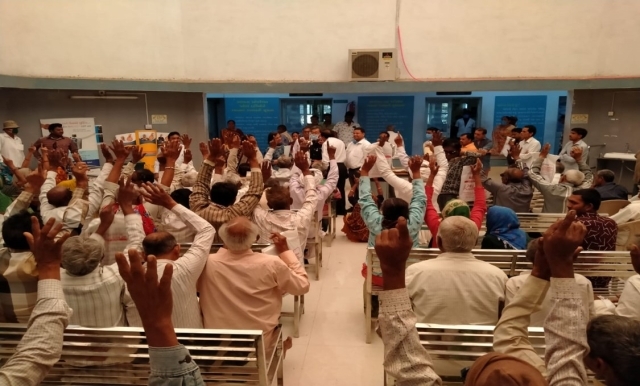 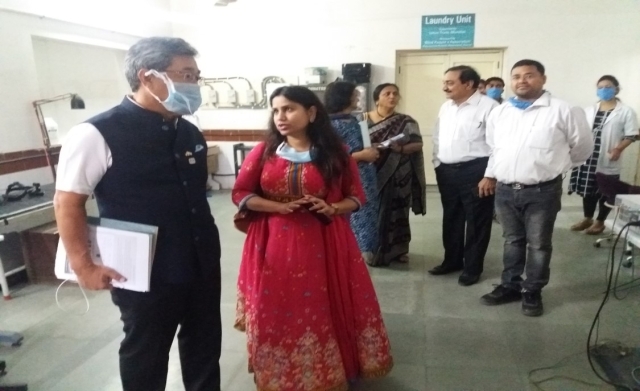 Explanation of equipment by Dr. Mehta

Consul-General Harada with staff from BPA 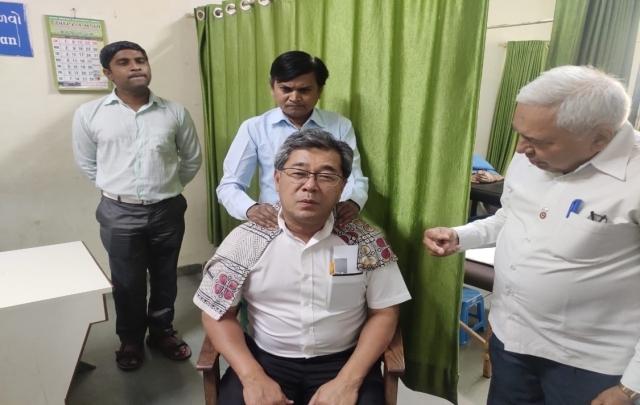