2021/2/23
Consul-General Harada awarded the Consul-General’s Commendation(※) to Ms. Shailaja R. Divekar, Ms. Renu Saraf and Ms. Harsha Hinduja who have worked to spread Japanese culture (Ikebana and Bonsai) in India and have contributed to the mutual understanding and friendship between Japan and India.
We hope that they will continue to play an important role in the development of Japan-India relations in the future.

Recipients and Reasons for the Commendation( * Listed in Chronological order)

3. Ms. Harsha Hinduja – Vice President, Bombay Chapter of Ikebana International; President, India Friendship Bonsai Society (Awarded 14 February, 2021)
Ms.Harsha Hinduja was appointed Vice-President of the Bombay Chapter of Ikebana International in 2007, and President of the India Friendship Bonsai Society Mumbai Chapter in 2008. She has contributed to the spread of Japanese culture (Ikenaba and Bonsai) for a long time.

(※)
The Consul-General’s Commendation is given to recognize individuals or groups that have made significant contributions to the friendship and mutual understanding between Japan and India.

Photographs of the ceremony 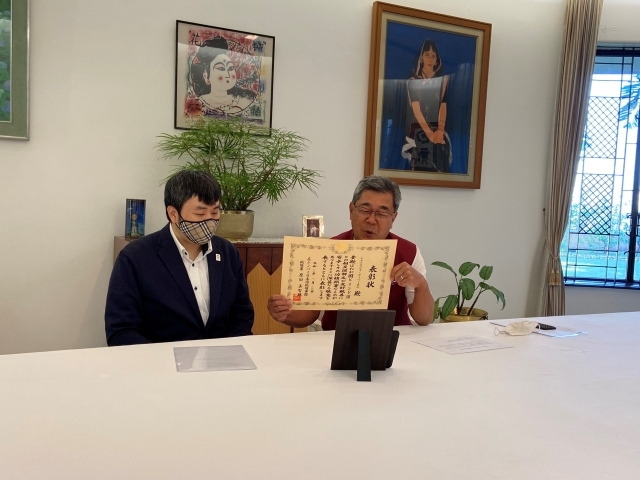 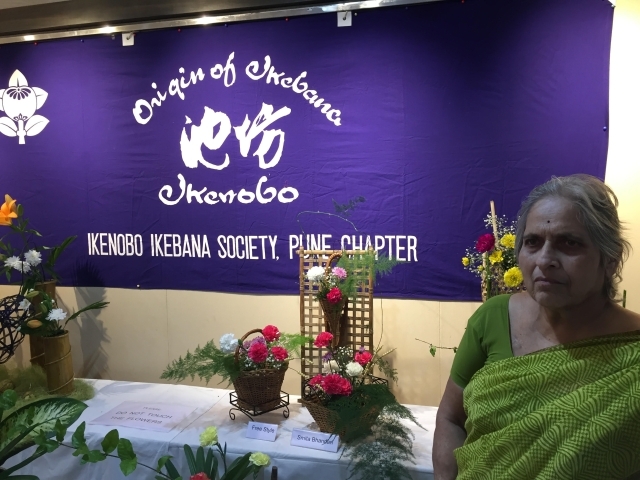 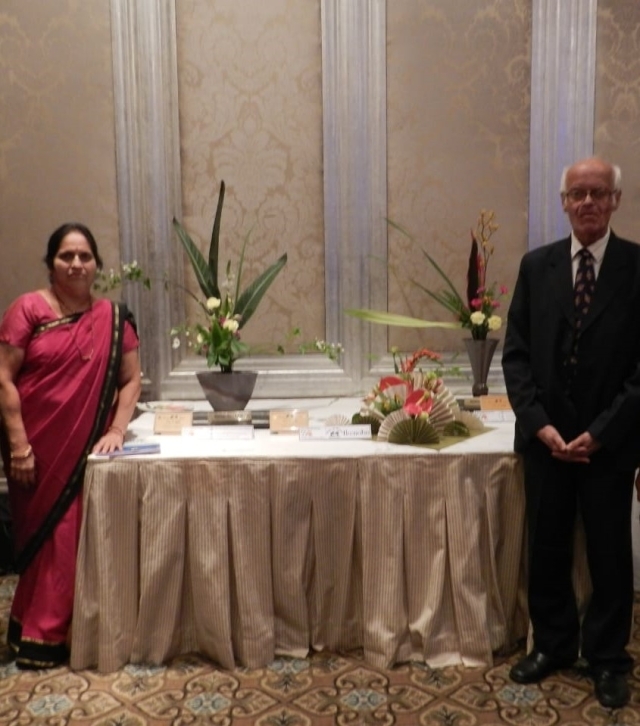 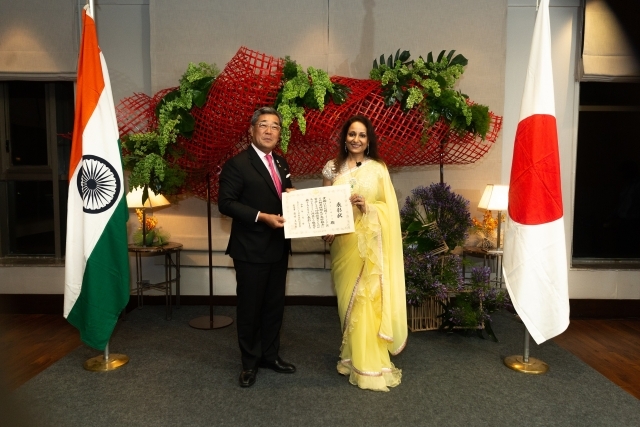 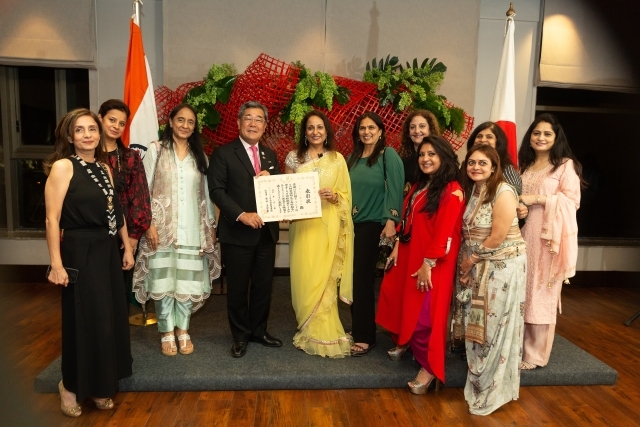 Ms. Renu Saraf with her students

Ms. Renu Saraf with her family 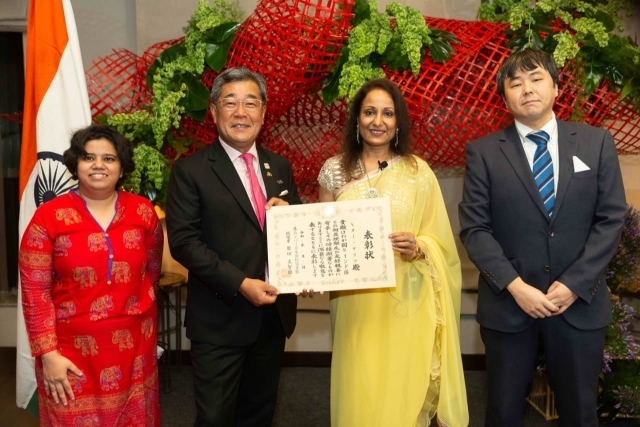 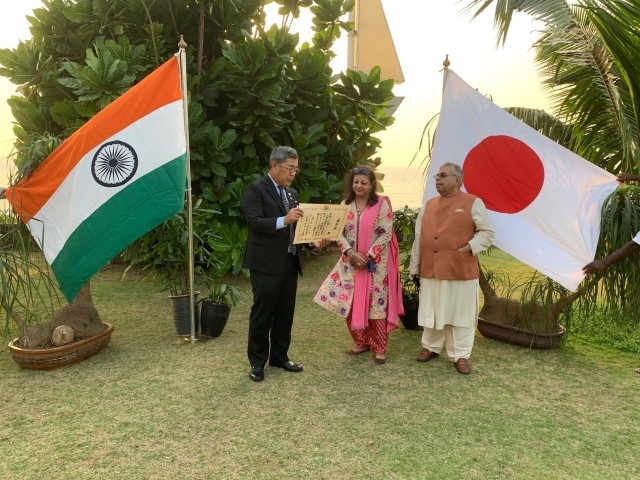 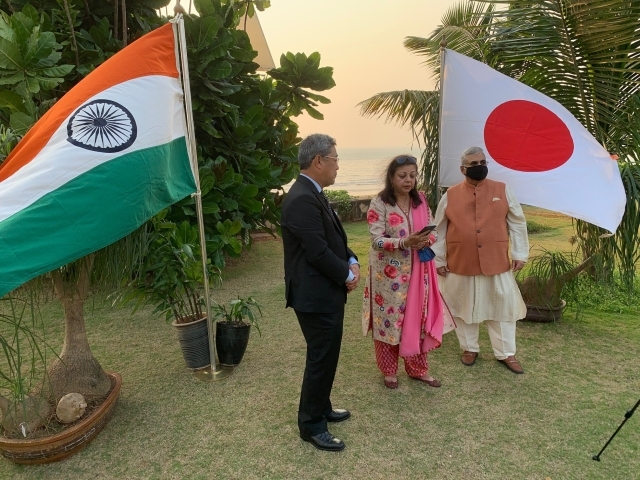 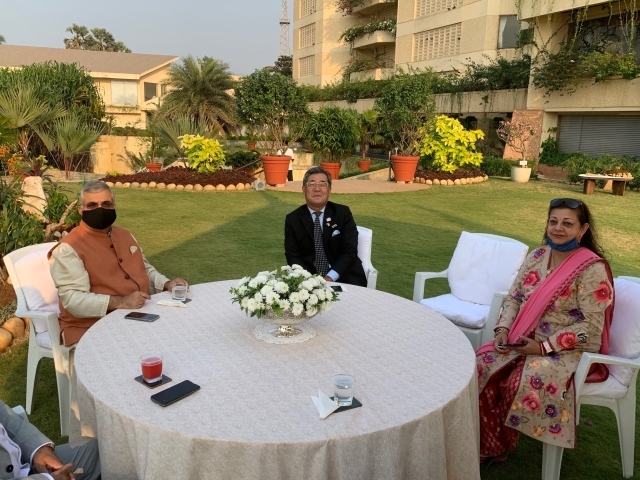 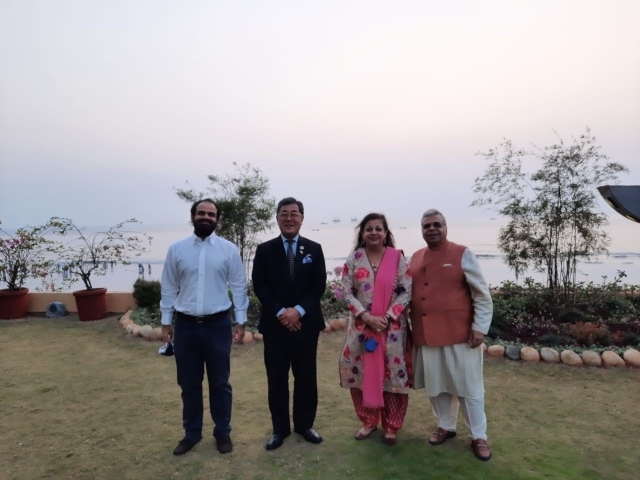 Ms.Harsha Hinduja with her son Shom Hinduja and husband, Ashok Hinduja along with the Japanese Consul General