2021/2/23
Consul-General Harada awarded the Consul-General’s Commendation(※) to Mr. Raghu Mody and Mr. Ashok Hinduja who have contributed to the promotion of economic ties and economic development between Japan and India.
We hope that they will continue to play an important role in Japan-India economic relations.

Reasons for the Commendation

Mr. Raghu Mody, Chairman of J.L. Morison Ltd, has been actively engaged in transactions with Japanese companies since 1987 when he became the chairman of the company. J L. Morison has signed a license agreement for hair color products with a Japanese company (Hoyu co., ltd.). J.L. Morison has taken charge of manufacturing and distribution of the hair color products in India, and he is committed to the spread of Japanese brands and the development of the Japanese-Indian economy in India.

Mr. Ashok Hinduja, Chairman of the Hinduja Group of Companies (India), has been actively engaged intransactions with Japanese companies. Ashok Leyland, the flagship Hinduja Group company, has been bestowed with The Deming Award for excellence in manufacturing at its plants. It is the first CV manufacturer, outside of Japan, to have won this prestigious recognition. Earlier, it had signed a collaboration agreement with a Japanese company (Hino), and the Japanese company has contributed to strengthening its competitiveness by utilizing the company's procurement base and has thus contributed to the development of the Japan-India economy. 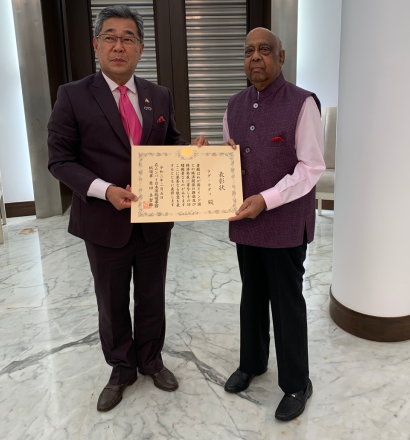 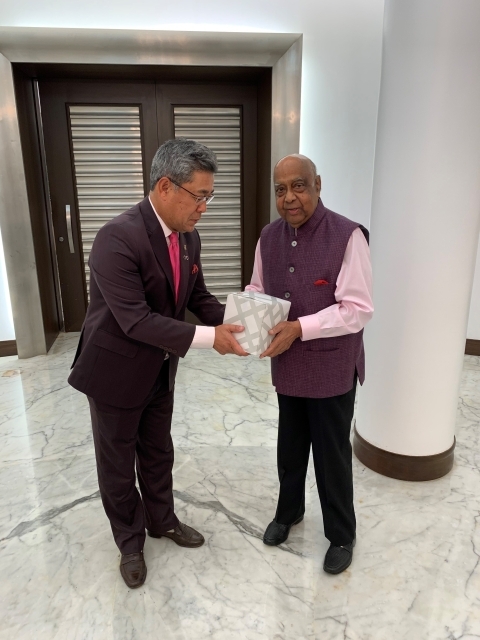 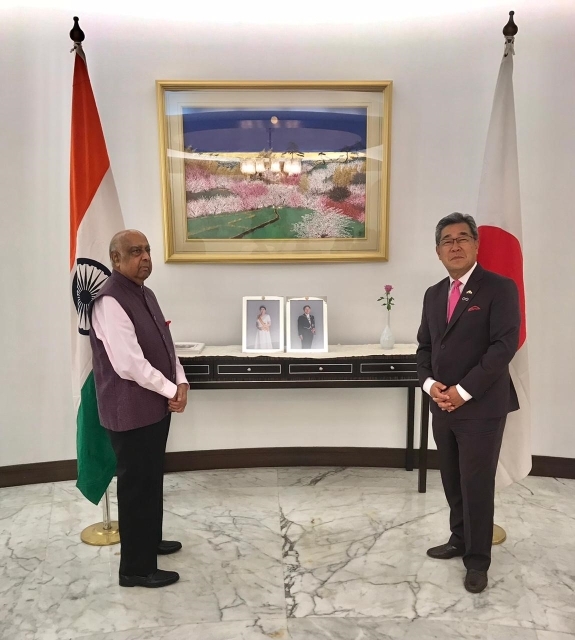 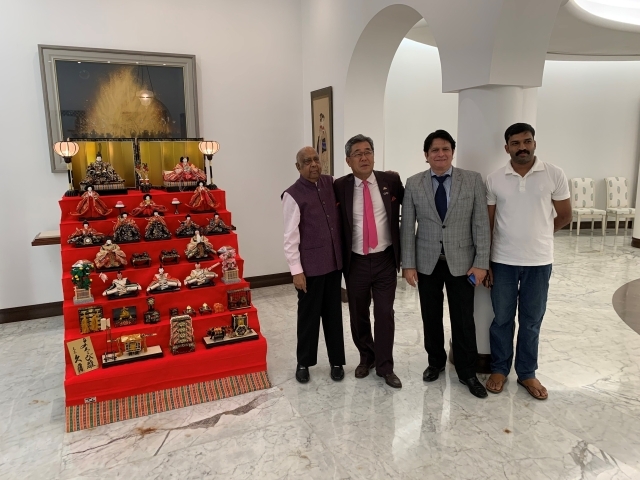 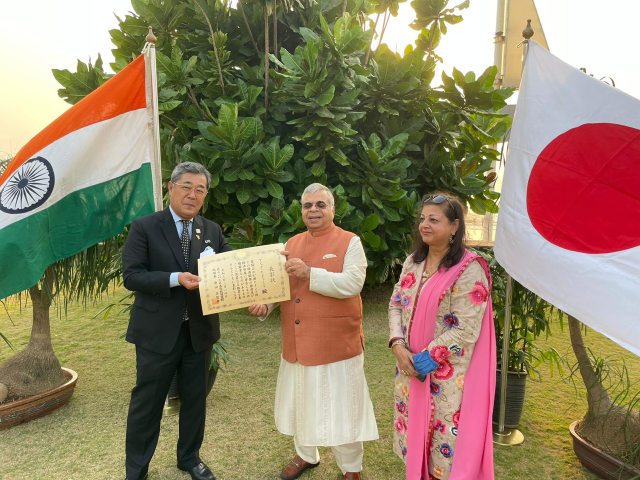 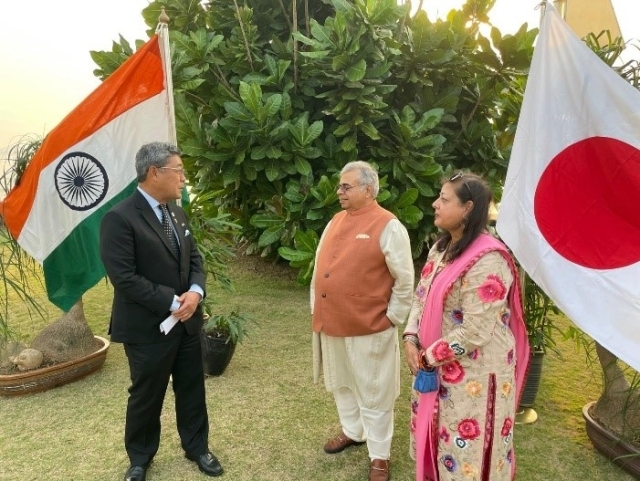 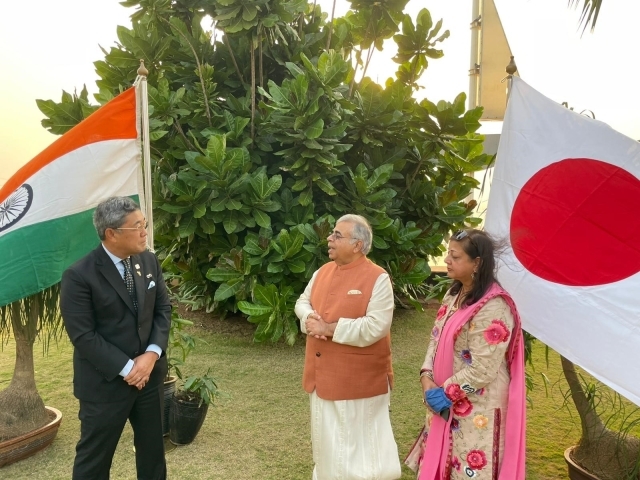 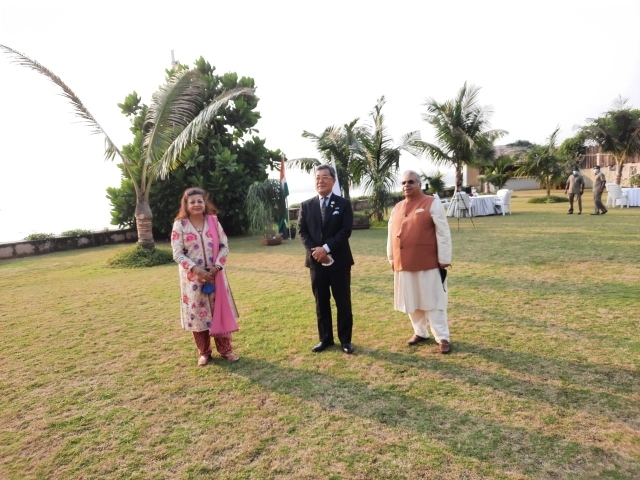 At the venue (venue in the background of the photo)